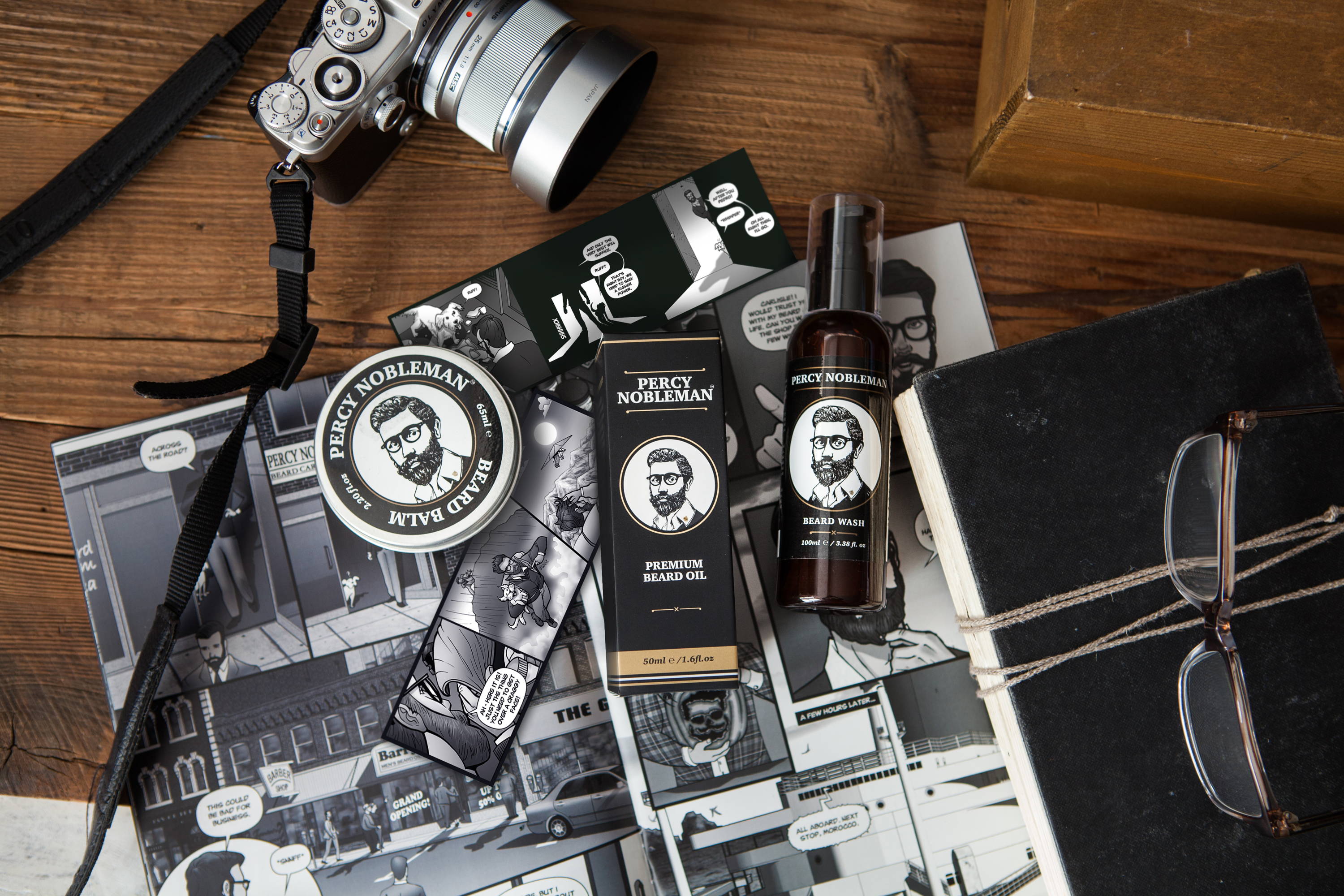 Frustrated by the ordinary world and the endless ‘faceless’ products available on the high-street, Freddy Furber in early 2012, sought to reinvent what it meant to be a well-groomed 21st-century modern gentleman.

Percy Nobleman (Percy’s surname 'Nobleman' is an example of nominative determinism) captures these feelings through the comic books series, The Adventures of Percy Nobleman, originally published in 2015 as the world’s first Instagram comic book series.

Percy has developed an extensive line of premium men’s grooming products alongside writing a series of comic books to enhance the consumer experience when purchasing each product. The comics are distributed inside the product packaging.

By 2014 the brand had a nationwide listing in Boots. Now in 2021. Percy Nobleman is available in 2,000 stores globally, with recent expansion into the USA and a collaboration with Philips & the One Blade Pro.

Percy is British, influenced by times gone by, as he embraces our ever-changing horizons, aiming to develop products to suit all men’s needs. His grooming products have found their way into the homes of thousands of men across the globe who have been impressed by their style, presentation and performance.

Join the adventure, and craft your perfect look with Percy.

✔️ Discount code found, it will be applied at checkout.

Discount code cannot be applied to the cart. Restrictions may apply or the cart may not contain the correct items to use this discount.

The discount code cannot be applied to the cart. Please ensure the cart meets the requirements to apply this discount code.

Discount code cannot be combined with the offers applied to the cart.